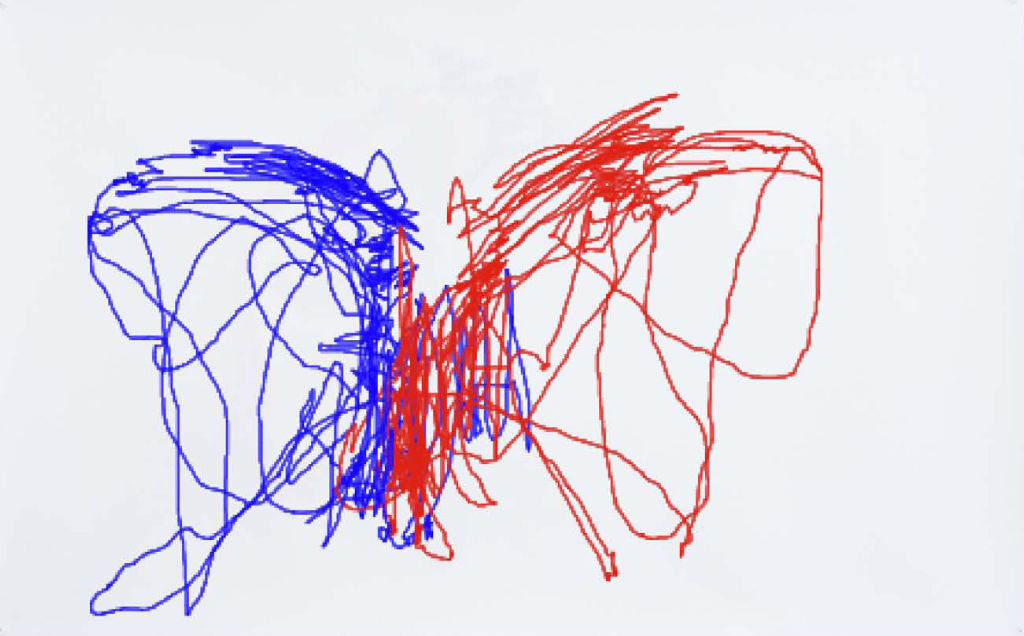 The whole set takes the media as matter. Split between reality and fiction, the traditional and what transgresses, the pictorial image and digital, the distance and the next, past and future, current and obsolete, manual and industrial, series and original, the transcendent and the anecdotal… Contraction and double vision of the sense in the media, in which the old message (objective, scientific, and one-way) is displaced. The anecdotal in approach, is a plus, an additive, which reveals how uncomfortable for the unique sense of information.

The authority of the media discourse remain rather than -as warns in the works of Daniel Martín Corona- digitized trails and special places to the skepticism. A voice that void and meaningless, while repeated conduct, becomes in support of something else. Through the humor -serious and contradictory in the current pieces- the message of the media is disrupted in excess and the permanent defect of everyday life. Computer graphics, signage, graphics or languages that say more or less than they should be. In this sense: signs of life.

Instead of the one-way message appears the murmur, sounds that are confused, a homophony. A new and double meaning for a very significant, intangible, double noise-making. This voicing, so present in the title, as opposed to the silence, posed the group of works. Paradoxical silence, in which information to transmit is replaced by the surprise of its possibility as the image, sounding it again in multiple ways.

Videos with different voices of contemporary society opened a series of large drawings with the path extracted from the movement of the hands of the speakers. As simultaneous translations, drawings -referred to gestures, body- holding multiple ambivalence between two worlds: hand-drawn pixel.